Luxury and opulence take a concrete form when discussing the world’s largest yachts. With helipads, spas, onboard swimming pools, cinemas, and more, the world’s largest yachts can easily outshine your glamorous five-star hotels. But all of these yachts are more than just an emblem of wealth; these vessels are feats in expert engineering and design. Only a select few shipyards, designers, and naval architects worldwide can take up the challenge of this magnitude.

Now that we are here let’s look at some of the largest yachts of 2023. Even though the largest yacht is more accurately determined by its displacement and volume, today, we will be looking at the top ten largest vessels by length. 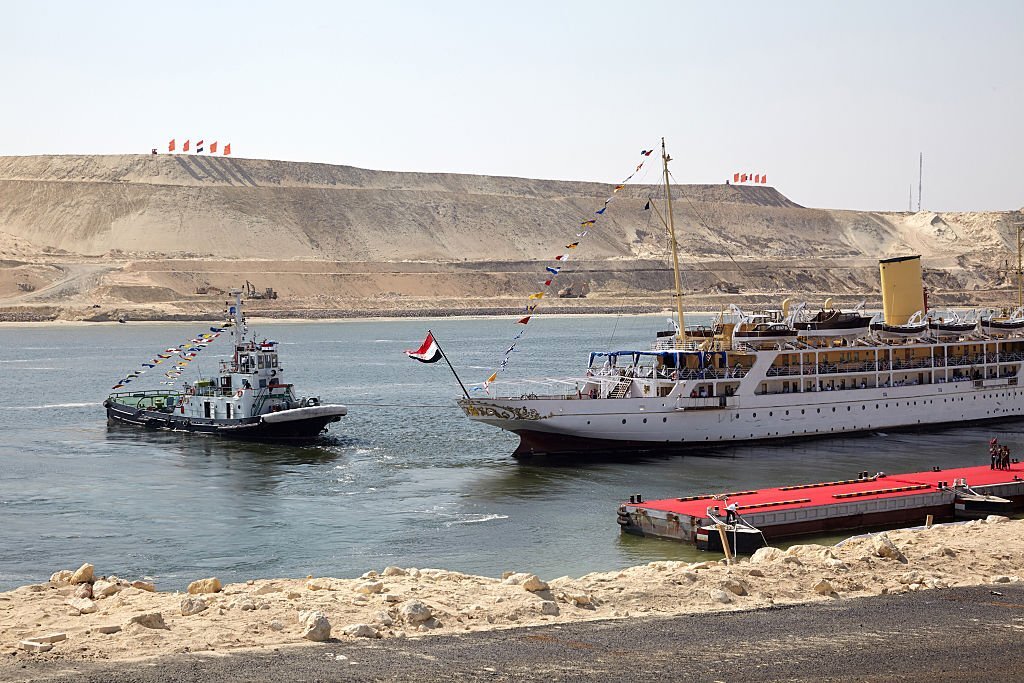 We start the list with a name that has been here for more than a century. Launched in 1865, the Samuda Brothers originally built this 145.72 meter-long yacht for Khedive Ismail, the Ottoman governor of Egypt. The name El Mahrousa roughly translates to “The Protected,” but she was also briefly called El Horreya (translated to the word “Freedom”). Her external features were designed by renowned British naval architect Sir Oliver Lang who had previously created some of the finest British navy ships in the 19th century. This Egyptian presidential yacht has a rich history and has undergone several refurbishments. It is one of the oldest active superyachts and is tended for by the Egyptian navy. She rarely leaves her home berth in Alexandria apart from special occasions two to three times each year.

Regarding her specs, her top speed is 16 knots, and her cruising speed is around 10 knots. She obtains her power from three Parsons steam turbine engines, a gross tonnage of 4560.0 GT, and a 12.98 m beam. This vessel was also the first ship ever to cross the Suez Canal back in 1869 and has now been transformed into a naval training ship for the Egyptian government.

Formerly known as Topaz, A+ was launched by Lürssen in 2012, a titan in the yacht building industry at an incredible 147.25 meters in length. This yacht belongs to Sheikh Mansour bin Zayed al Nahyan, Emirati royalty, deputy prime minister of the UAE, and the Manchester City Football Club owner. She has some of the most exquisite Disdale exterior designs and magnificent interiors crafted by the famed Tim Heywood Design.

She can also accommodate up to 62 guests and 79 crew members in her spacious interiors. It is also reported that A+ took about four years and more than £400 million to be built.

Her top speed is 22.9 knots, and she has a cruising speed of 19.5 knots, which is impressive considering her size. Her power comes from four MTU diesel engines with a gross tonnage of 12500.0 GT and a 21.5 m beam.

Like most yachts owned by royals, not much is disclosed to the public apart from the primary features, but this yacht has earned its spot on the top ten list. 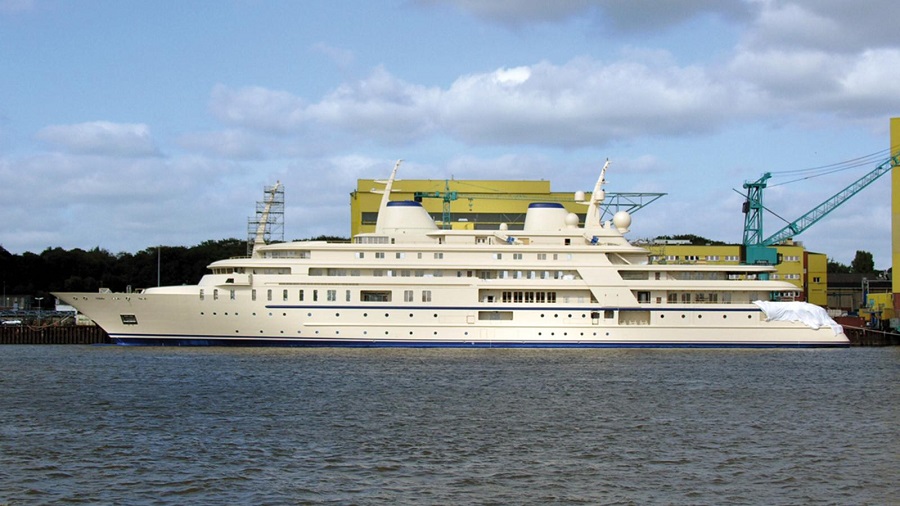 Another mega yacht from the Lürssen yard, Al Said, is a 155-meter motor yacht launched in 2008. Her stylish exterior was designed by Espen Øino International, while Redman Whitely Dixon crafted her magnificent interior.

Formerly codenamed “Project Sunflower,” this work of art belongs to one of the richest men in the world, Sultan Qaboos bin Said al Said of Oman, and was created as a replacement for a smaller mega yacht with the same name.

This yacht also has a steel hull and an aluminum superstructure with a 5.20-meter draft and a beam of 24 meters. With the help of 2 MTU engines, she achieves a cruising speed of 22 knots and obtains a top speed of 25 knots.

Even though not much is revealed regarding the yacht’s interior, she is known to accommodate up to 70 guests and 154 professional crew members. She features a concert room that can easily accommodate a 50-piece orchestra. 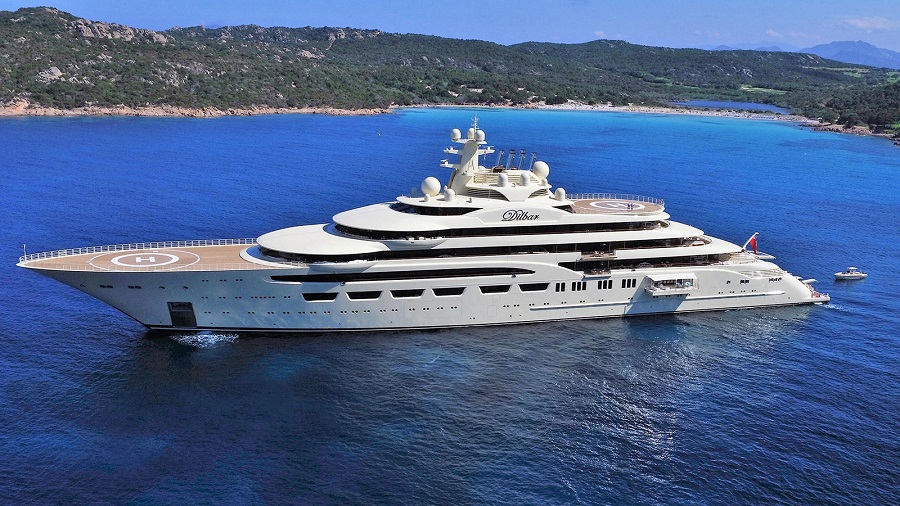 Dilbar may not rank number one in length, but it is the largest by interior volume and gross tonnage. Formerly known as “Project Omar,” this yacht with a length of 156 meters was launched in 2016 from the yards of German builder Lurssen.
This yacht obtained its name from Uzbekistan-born billionaire Alisher Usmanov’s late mother. Espen Øino International designed the yacht’s exterior, while her interior was developed by the Winch Design team, known for using rare and exclusive luxury materials. This yacht has also been dubbed one of the most intricate and challenging yachts ever built, both in terms of dimensions and technology.

She has a steel hull and aluminum superstructure, can attain a top speed of approximately 22.5 knots and has features never seen before on a yacht. Some include a 25-meter swimming pool that retains an astonishing 180 m³ of water, an expansive garden, and two helipads. She also can accommodate up to 24 guests and a whopping 100 crew members. 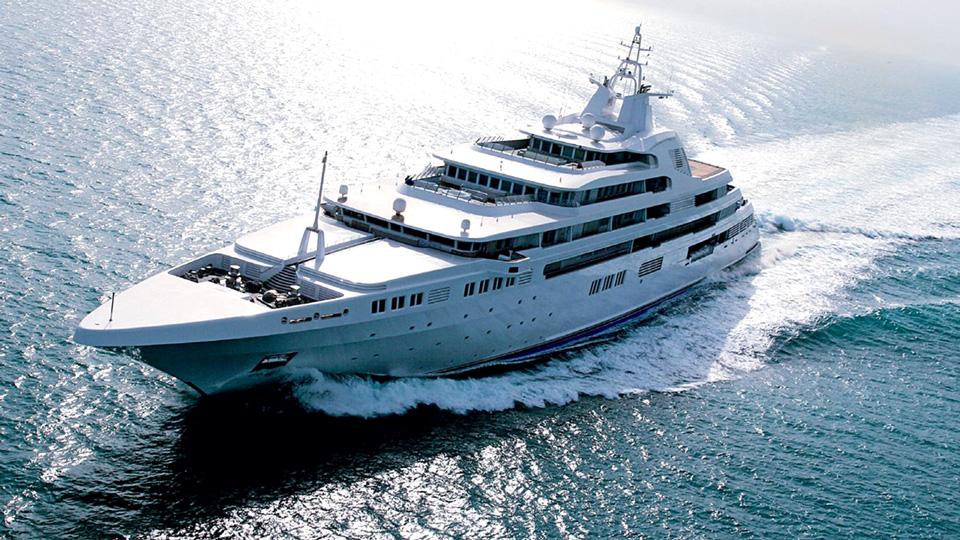 Originally commissioned by Prince Jefri Bolkiah of Brunei, this boat sits comfortably on the top ten largest yachts. This ambitious project took more than ten years to launch. Even though this yacht was launched by Platinum Yachts, it was initially a joint project between Blohm + Voss and Lurssen shipyards but was abandoned in 1998. The vessel now belongs to Sheikh Mohammed bin Rashid al-Maktoum, the ruler of Dubai.

This yacht has exceptional interiors, from bold colors and fine linen to intricate and detailed mosaic work. The showstopper of the entire yacht is the dramatic circular staircase that features glass stairs and changes colors. She also has a striking mosaic swimming pool, seven decks and multiple jacuzzis, discos, a submarine, and a helipad that accommodates 9.5 tonnes.
This 162-meter yacht developed by Andrew Winch of Winch Design is powered by four MTU-20V diesel and has a speed of 25 knots, and has a displacement of 9,150 tonnes. 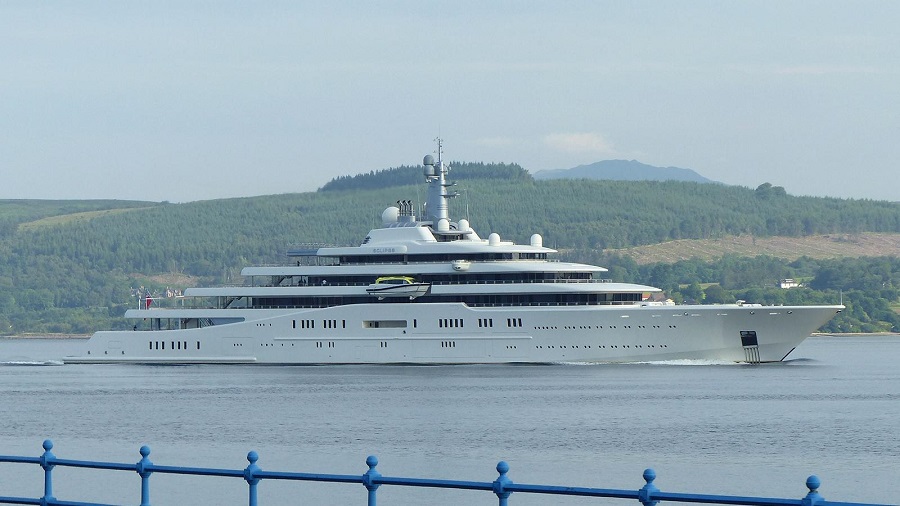 Manufactured at the Blohm + Voss Hamburg shipyard in Germany, Eclipse made a splash in 2010. The construction of this 162.5-meter superyacht had been kept under wraps, increasing the excitement and speculations from international media and yacht enthusiasts alike.

Created for Russian billionaire Roman Abramovich, this yacht can accommodate 36 guests in 18 cabins and cater to 70 crew members.

Although many details are still unknown regarding this yacht, we know that her exterior and interior features were developed by the London team at Terence Disdale Design.
She is also filled with luxurious amenities, such as the two swimming pools, one of which is 16 meters long and with a feature of adjustable depth, allowing it to transform into a dance floor. It also includes an exterior fireplace, the ability to carry up to three helicopters, and more.

With four MTU diesel engines, she has a top speed of 25 knots and an approximate cruising speed of 22 knots. 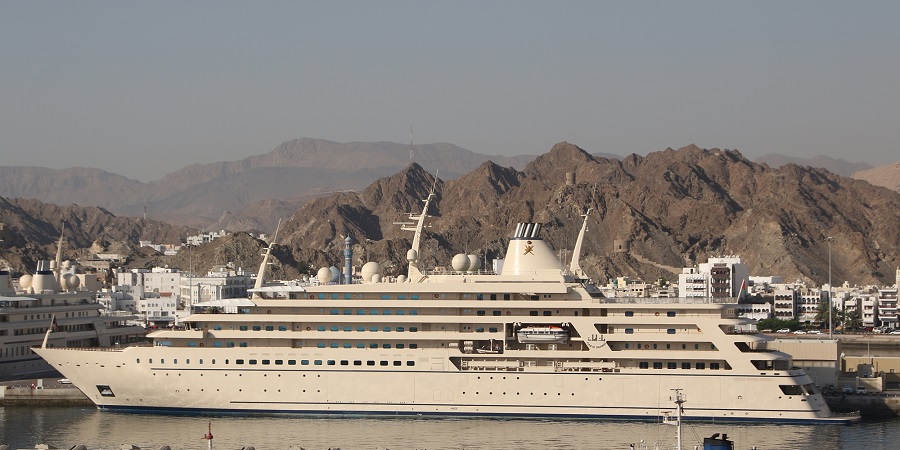 Custom created by Italian builder Mariotti Yachts in their Genoa shipyard, this 164-meter-long superyacht debuted in 2016. The Fulk Al Salmah remains shrouded in mystery as there is barely any information apart from the essential details.

Owned by the Omani Royal family, this ship’s exterior was crafted by the renowned Studio de Jorio. She has a steel hull with a steel/aluminum superstructure and a deck made out of aluminum & teak. 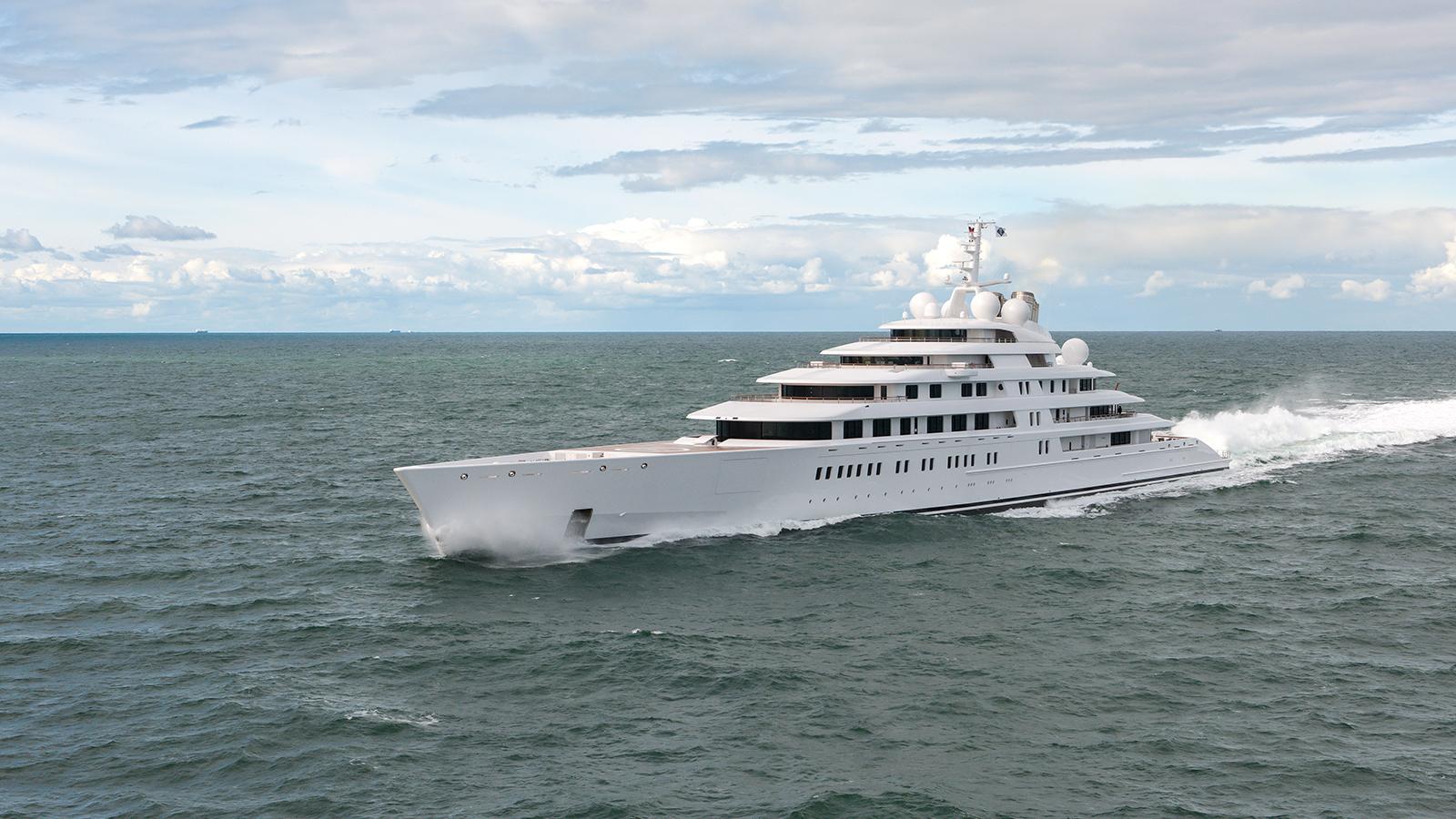 Azzam has been one of the largest privately-owned superyachts since 2013. At an incredible length of 180.6 meters when Lurssen first introduced it, it creator of some of the largest luxury yachts in history.

Under the guidance of engineer Mubarak Saad al Ahbabi, a world-class team worked on developing this magnificent project. The goal was to build a luxurious, large yacht that exuded the aura of timeless elegance and innovation. It should also be able to travel at full speed in warm and shallow waters without altering guests’ experience.

Despite her size, she has an unprecedented top speed of around 31.5 knots because of the gas turbine engines that work at 94,000 horsepower. She was also built in merely three years, adding to the record of one of the quickest-built mega yachts.

The yacht’s exterior design is a work of Nauta Design, while Christophe Leoni expertly designed the interiors. Azzam belongs to the Sheikh of the United Arab Emirates. Although many details remain under wraps, this superyacht is a milestone in yachting history. 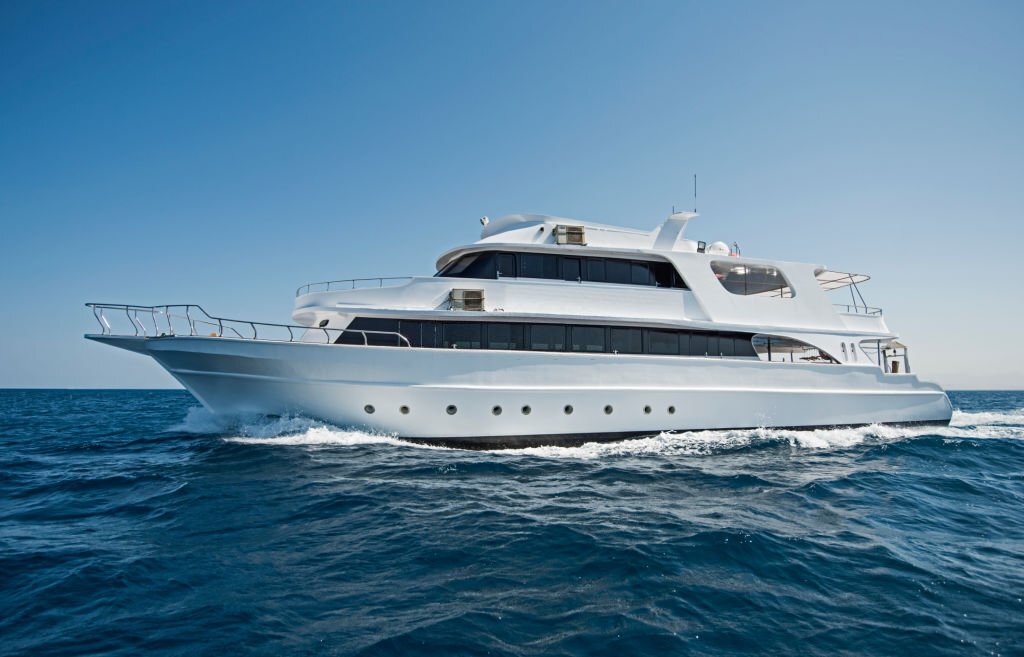 This yacht will soon become one of the largest yachts in history, beating the previous holder of the number one position by merely two meters, standing at 182 meters. This yacht collaborates with Espen Øino and REV Ocean (Research Expedition Vessel), a not-for-profit organization established by Norwegian billionaire Kjell Inge Rokke. She was created keeping in mind the highest standards for fuel efficiency, pollution, and environmental impact.

She is presently under construction at the Norwegian shipyard VARD and is scheduled for delivery in 2024. This yacht is no ordinary yacht as with a heat recovery system, sound and vibration reduction, diesel-electric engines, high tech incinerators, and a ballast water treatment system, this vessel plans on complying with IMO Polar Code, which requires a vessel to operate for 114 days in Arctic and Antarctic Condition autonomously. She is also powered by ultra-quiet hybrid propulsion and will have a top speed of 17 knots and an exceptional 21,120 nautical mile range.

Although there has been much debate regarding classifying it as a superyacht, its initial purpose is to study the ocean. It is also available for charter for recreational purposes as it has space for 28 guests in its 18 cabins. 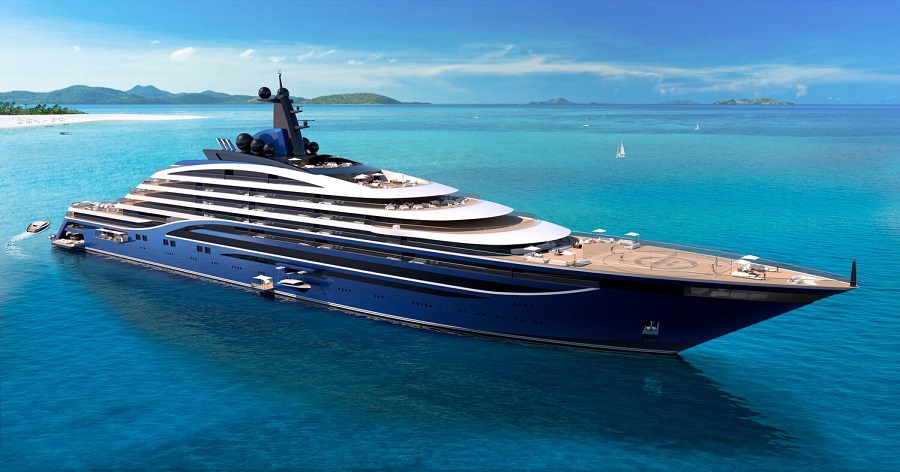 Seizing the number one spot is the world’s first ‘yacht-liner.’ Even though it will be launched in mid-2024, there is much excitement in the superyacht community. When launched, she will become one of the world’s largest superyachts, measuring an astounding 222m. Somnio is technically a combination of a superyacht, cruise ship, and residential home and is referred to as a ‘yacht liner. This vessel is to have 30 luxury private residences, all of which are invite-only, and the reported price of apartments reportedly costs at least $11.2 million. Scheduled to be delivered by Vard Søviknes in Norway, she is a part of Italy’s world-renowned Fincantieri Group. Even though we do not have much information, it is known that the exterior was solely created by Winch Design, whereas both Winch and Tillberg developed the interior.

Get a Yacht of Your Own

Does the ranking make you wish that you had a yacht yourself? Even though these yachts are not on sale, there are thousands of superyachts for sale. But whom should you trust while making such a massive investment? We have the answer for you, Miami International Yacht Sales. At Miami International Yacht Sales, we have the experience and expertise to acquire a new yacht. We have excellent relationships with leading shipyards in Italy, the Netherlands, and worldwide to support our clients’ needs. To learn more, contact us at +1-305-857-8939 or drop us a mail at bob@MiamiYS.com.